The high population density is increasing the pressure on the infrastructure system, so moving to outer regions of Ho Chi Minh City, towards modern and high-quality living spaces, is now a rising trend.

According to Ho Chi Minh City Statistical Office, by the end of 2018, the basic population of Ho Chi Minh City was 8.85 million people, excluding military, police and foreign affairs forces (subject to statistical investigation by the governing bodies, including the Ministry of Defense, the Ministry of Public Security and the Ministry of Foreign Affairs). However, according to calculations from the HCMC People’s Committee, there are currently about 13 million residents in the area, and the mechanical population growth rate is high at 2.15% / year. 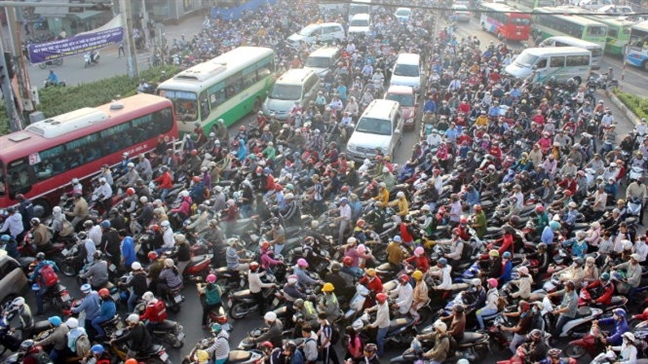 Despite only taking 0.6% of the country’s total area, Ho Chi Minh City’s population is 7 times higher than the national average. Ho Chi Minh City is “struggling” with a lot of pressure on budget, public administration, education, transport infrastructure, in which the biggest issues are solving housing problems and creating a good quality living environment for the citizens.

Another report sent to the People’s Committee of Ho Chi Minh City earlier this year from the Department of Education and Training also indicated schools in the city are overloaded due to rapid increase in migration. There were expectedly almost 1.7 million students in the school year 2019-2020 (an increase of nearly 40,000 compared to the previous year). By the school year 2020-2021, this number would increase even more.

The appropriately designed townships are becoming top options for families seeking for a long-term settlement. It’s where the parents can travel quickly to work, where children can study and develop intellectually and physically close to their home, where elders can live peacefully in a green, quiet environment and among a friendly community… Such living environment is being built in North Ben Luc (Long An) by Nam Long Group (NLG). Known as the riverside city, Waterpoint has total area of 355 hectares, with expected population of 30,000 people, equivalent to a population density of around 84 people per hectare, which is almost the same with Singapore, the world’s greenest city Singapore (82 people per hectare). 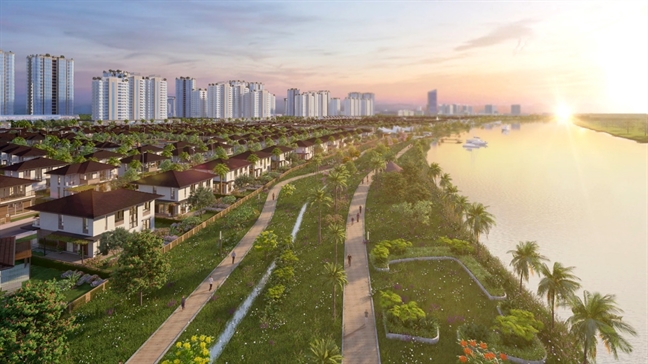 The value of living in Waterpoint not only includes the low population density but also the good fusion of natural ecosystem and modern urban planning, which ensures a sustainable development.

A city that brings true values to the residents and creates vitality for the surrounding areas. The 5,8-kilometer river border, 8-kilometer canal, 6 levels of parks across the site, initially help us to picture the new eco-friendly living in Waterpoint. In the riverside city Waterpoint, the iconic scenery of Mekong Delta is modernized with a sustainable planning. An all-in-one utility system offers modern experience to residents and improve their living quality. Others from schools, healthcare, sports, commercial centers… to private clubs, administrative offices, temples, churches… completely respond to their daily needs. 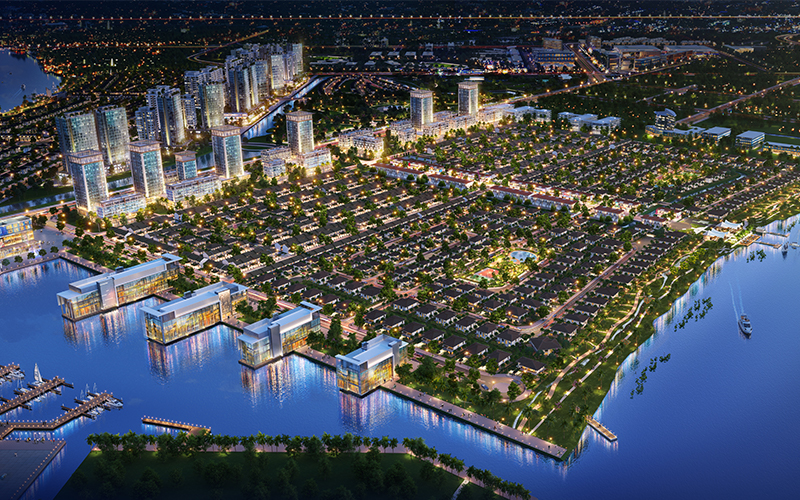 All-in-one utility system in Waterpoint will completely satisfy the demand of high-quality living.

With lots of advantages and unique selling points including size, population density, utility system,… Waterpoint has been attracting many buyers for living and investing purposes since first introduction in last July.