The Covid-19 pandemic has affected the economy, especially the property sector. Construction and sales activities have been affected due to a number of regulations put in place to safeguard the health of customers, workers and the community. But during this tough period, Nam Long Investment Corporation (HOSE: NLG) has adopted new sales methods to sustain its sales activities and achieve quite positive results.

It began online sales for its dual-key products at Akari City last March and achieved revenues of nearly VNĐ100 billion (US$4.25 million) in just 10 days.

With its good preparation and strong internal base, despite the Covid-19 outbreak, Nam Long believes it will accomplish its five-year plan (2018-22) and become a billion-dollar company by 2022. Nguyễn Xuân Quang, NLG’s chairman, said the company has worked with McKinsey to map out a 10-year vision (2020-30). Nam Long’s orientation is to become an urban real estate development company with high-quality products in various segments. 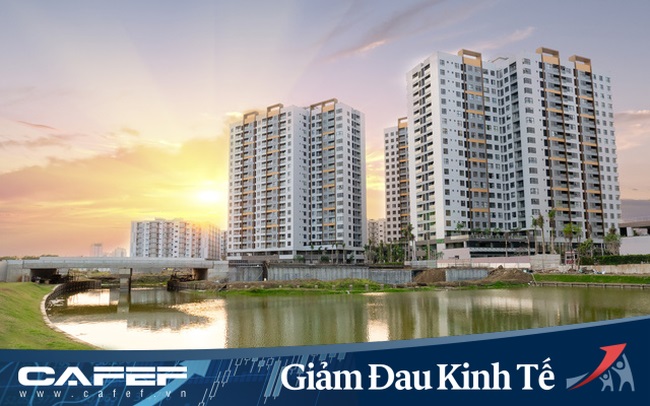 Annual profits up 52 per cent in last 5 years

Profit after tax attributed to parent company’s shareholders increased by 26 per cent in 2019 to VNĐ961 billion, thanks to maintaining stable product lines and good profits from joint venture companies and Việt Thiên Lâm (Nam Long- Đại Phước), which it acquired last year. It also recorded other profits of VNĐ382 billion, 42 times higher than in the preceding year. Interest on loans and sales expenses fell sharply and the gross profit margin was maintained at nearly 42 per cent, ensuring Nam Long’s after-tax profit exceeded VNĐ1 trillion, enabling it to enter an exclusive club of companies that earn profits of over one trillion đồng after five years of rapid growth. 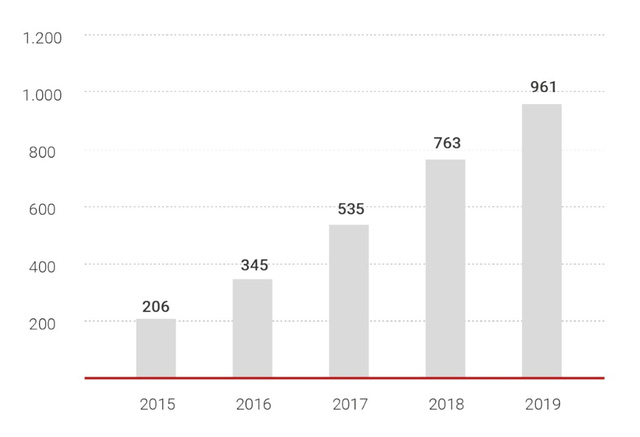 681ha of land in prime locations

Nam Long owns more than 681 hectares of unencumbered lands in Long An and Đồng Nai provinces and HCM City and Hải Phòng cities, which are considered “golden” since not a lot of vacant lands are available any longer in cities. It is estimated that seven ongoing projects will yield profits of VNĐ9 trillion to Nam Long’s shareholders (excluding profits from Waterpoint’s 190ha phase 2). In its annual strategy, Nam Long also plans to set aside a sum of VNĐ500 billion to VNĐ1 trillion to acquire 10-20ha of unencumbered lands to develop various product lines for different customer segments.

As of December 31, 2019, Nam Long had VNĐ1.966 trillion ($83.8 million) in cash, cash equivalents and bank deposits, and bank loans of only VNĐ870 billion ($37.1 million), VNĐ135 billion down from the previous year. The company unarguably has a solid financial base and no debt pressure.

Its abundant cash reserves come from payments made by customers. Nam Long rolled out three new township projects last year, Mizuki, Akari and Waterpoint, and their pre-sales were worth over VNĐ5 trillion ($212.7 million), which placed the company in the top tier in the market.

In 2019 – 22 NLG will build over 10,600 new products and hand over more than 6,600 EHome, Flora and Valora units. Its profit after tax is expected to increase by 50 per cent on average. In addition to its two core businesses of township and housing development, from this year NLG will also diversify into commercial real estate.

This year it plans developments on 40 per cent of its 113 hectares of commercial housing lands to complete a comprehensive commercial real estate eco-system, thereby adding value to its township projects as well as a regular and steady income stream.

Nam Long plans to restructure funding sources for project development, take the initiative in project implementation and provide customers with competitive payment policies by transferring projects to joint ventures, and cooperating with international strategic partners such as Hankyu Hanshin and Nishi Nippon Railroad (who have over 100 years of township development experience in Japan).

Thus, NLG will immediately record a part of revenues and profits (usually 50 per cent) by transferring a project to a partner instead of waiting for three to five years until completion and handover.